Caring for the Ancient Woodlands at Drala Jong 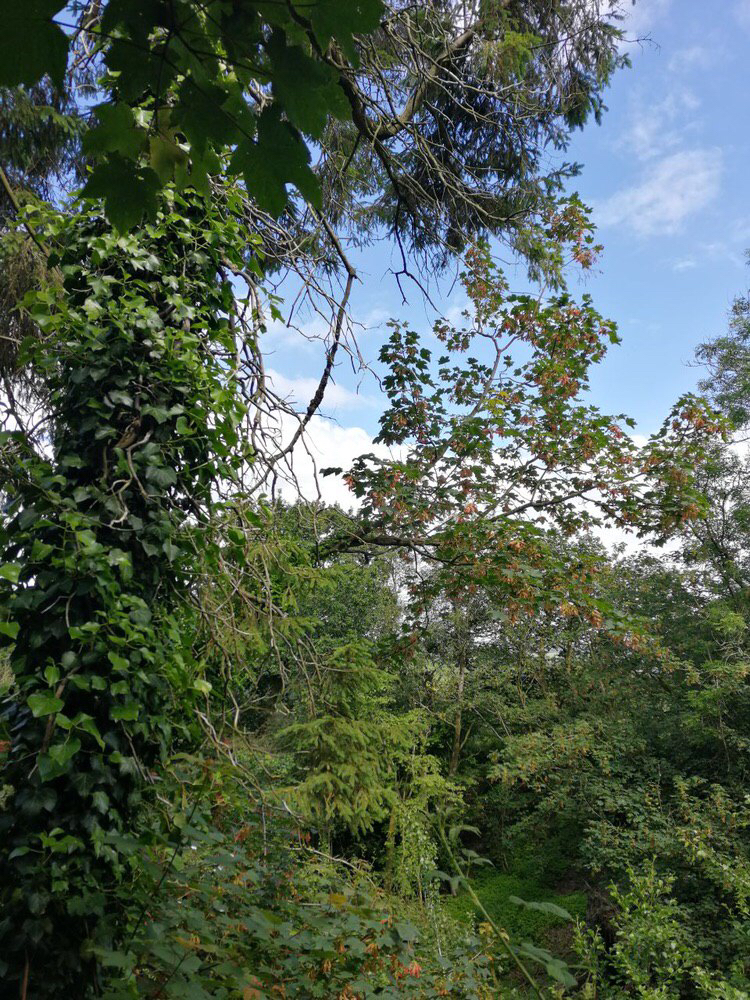 Drala Jong is a Vajrayana Buddhist centre located in what was previously a working farm, and before that was an overnight resting point for drovers taking livestock across the county. As well as agricultural land, around 16 acres of Drala Jong’s property is woodland. These woodlands – Allt-Pant-Y-Porthman – have been recognised as an ancient woodland site, which is to say they have been woodland for over 400 years.

Sang-ngak-chö-dzong, the registered Charity dedicated to spreading awareness of non-monastic forms of Buddhism, owns the property on behalf of the Aro gTér Buddhist lineage. Both Drala Jong and the charity are run by volunteers, and are enabled primarily through voluntary donations. The name of the centre translates as Sparkling Meadow of Primal Iridescence, pointing to it as a place where the elemental presence of the natural world can be appreciated, in a way that is conducive to the contagion of kindness.

To this end, we are committed to making Drala Jong a haven for wildlife and nature, and to look after it for the benefit of future inhabitants and visitors, of all species. The trees in the woodland are a mix – as was common practice after the second world war, much of the natural broadleaf woodland was felled and a mixed conifer plantation took its place. Our intention is to slowly restore the broadleaf woodland, increase diversity and by doing so encourage a greater variety of wildlife to visit, take up residence and thrive.

Under the leadership of our resident Zhing pön ’khor (land managers) and with the support of the Woodland Trust, Drala Jong has already been awarded a Bronze Award from The Woodland Star Rating, based on the UK Forestry Standard. Once the COVID-19 lockdown is eased, we will be working towards a Silver or Gold Award, and seeking ways of both improving the woodland we have and of planting new trees. More news on that to follow…