A flag for Drala Jong

Flags play an important rôle in Vajrayana Buddhism. Most different lineages and also many monastaries in Tibet have their own flags, each one with a highly particular symbolism. Most well known in the west are perhaps the different flags used in the Shambhala tradition by Chögyam Trungpa Rinpoche.

This is the flag which has been specifically created for Drala Jong. 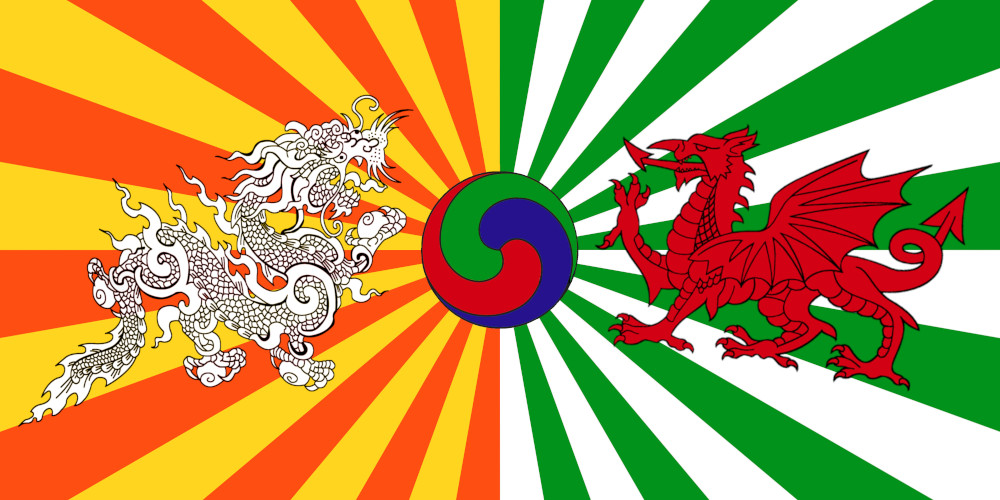 The flag is a combination of the Flag of Wales with the red dragon (Y Ddraig Goch) and the Flag of Bhutan which is also known as Druk Yul, the dragon country. Dragons can be found both in European and Far East Asian mythology, but while in Europe the dragon is often demonic and needs to be slain by the hero, in the Tibetan tradition the dragon is a creature of great creative power. Within the Aro gTér the dragon is one of the 12 astrological animals and one of the 6 animals in the sKu-mNyé, a cycle of physical exercises from Dzogchen Long-dé. 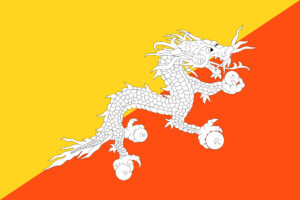 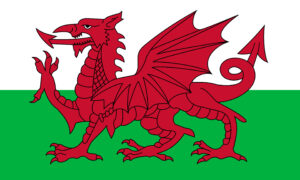 It is delightful that the symbol of the dragon plays such a prominent rôle in both these countries, which are important for the Aro gTér tradition. The lineage holders Ngak’chang Rinpoche and  Khandro Déchen as well as many of their students are living in Wales and of course Drala Jong itself is located in Wales. On the other hand we have strong connections with many Lamas from Bhutan, among them Dudjom Tenzin Yeshé Dorje, one of the current incarnations of Kyabjé Dudjom Jigdral Yeshé Dorje who was the Tsawai Lama of Ngak’chang Rinpoche. In 2019 Ngak’chang Rinpoche and Khandro Déchen were able to meet him while on a pilgrimage in Bhutan with a group of their studens. On that same pilgrimage they also met Garab Dorje Rinpoche, Kyabjé Tang Rinpoche, and many others. They have a close friendship with gTértön Drukdra and his father Wangchuk Rin’dzin Rinpoche. 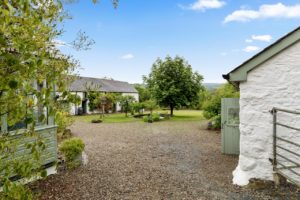 Here will come a picture of Nor’dzin with the flag.

The flag was designed by Ngakma Nor’dzin and Ngakpa ’ö-Dzin, who felt it was significant that Bhutan and Wales each use a dragon in their flag. When they came  aacross different combination flags on social media this provided the initial spark for them to create the Drala Jong flag. Ngakma Nor’dzin started with the design process and played around with the number of stripes, the order of the stripes, where they meet top and bottom, the size of yungdrung and the dragons, and so on. The number 9 has a particular meaning for the Aro gTer Lineage, so she decided to use nine rays of each colour. Also the exact choice of colours is slightly different than in the original flags. One particular problem was that the white dragon tended to look slightly smaller than the red dragon even though technically they were exactly the same size. The solution that Ngakma Nor’dzin found was to slightly distort the shape of the Bhutanese dragon and to make the lines heavier. Ngakpa ’ö-Dzin actually found out that there are various versions of dragons used for the Bhutanese flag, so it is not entirely outlandish to use an alternate dragon that has a more substantial feel to it. Finally Ngakma Nor’dzin thought that the red dragon looked too static in comparison to the dynamism of the white, which she improved simply by rotating the red dragon a little.
The creation of this flag is a wonderful example of how the creative process works in practice. At the beginning there was an idea which was then elaborated on and step by step led to the resulting flag which will soon fly over the land of Drala Jong. The whole creative process was evolving in close discussion with the lineage holders Ngak’chang Rinpoche and Khandro Déchen. In a similar way many craft projects within the Aro gTer Lineage are realized and this is also the way in which Drala Jong will be developed over the next decades.