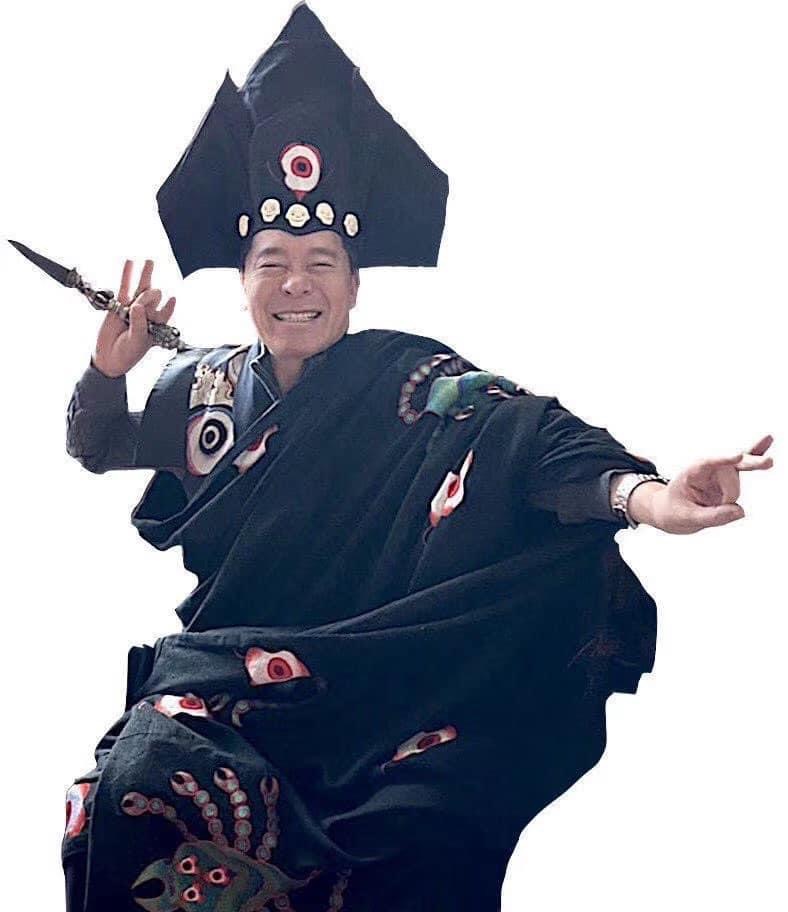 Wangchuk Rin’dzin Rinpoche is a Bhutanese Lama who was recognised and trained by Kyabjé Chatral Sang-gyé Dorje Rinpoche (one of the most highly revered Nyingma Lamas of the 20th and 21st Centuries.)  He is the incarnation of one of the 25 Disciples of Guru Rinpoche: Kharchen Pelgyi Wangchuk (mKhar chen dPal gyi dBang phyug / མཁར་ཆེན་དཔལ་གྱི་དབང་ཕྱག་ ).

Pelgyi Wangchuk came from  the Kharchen clan — and was  the brother of Yeshe Tsogyel (ye shes mTsho rGyal / ཡེ་ཤེས་མཚོ་རྒྱལ་  / Jnana Sagara).  He mastered the Dorje Phurba ( rDo rJe phur ba / རྡོ་རྗེ་ཕུར་བ་/ Vajrakilaya ) practices and could subdue enemies simply by holding his phurba above his head.

Wangchuk Rin’dzin Rinpoche has become a good friend of Ngak’chang Rinpoche and Khandro Déchen. When he spent some time in their shrineroom in Penarth, Wales, he examined all their phurbas — rolling each one of them between his hands.  Ngak’chang Rinpoche said  “It was extremely moving, inspiring, and exciting to have the incarnation of Kharchen Pelgyi Wangchuk authenticate our phurbas. The direct connection with Guru Rinpoche and the glorious First Spread of Vajrayana in Tibet and Bhutan was too wonderful to describe.”

Wangchuk Rin’dzin Rinpoche has visited Drala Jong already once in 2020 before the Covid19 pandemic. He gave teachings on phurba and helped to determine the exact location where to build the Aro monumental phurba. Wangchuk Rin’dzin Rinpoche has also agreed to give further teachings on Phurba when he will come back to Drala Jong.  This wil be a momentous occasion for our Aro gTér Nyingma Retreat Centre. 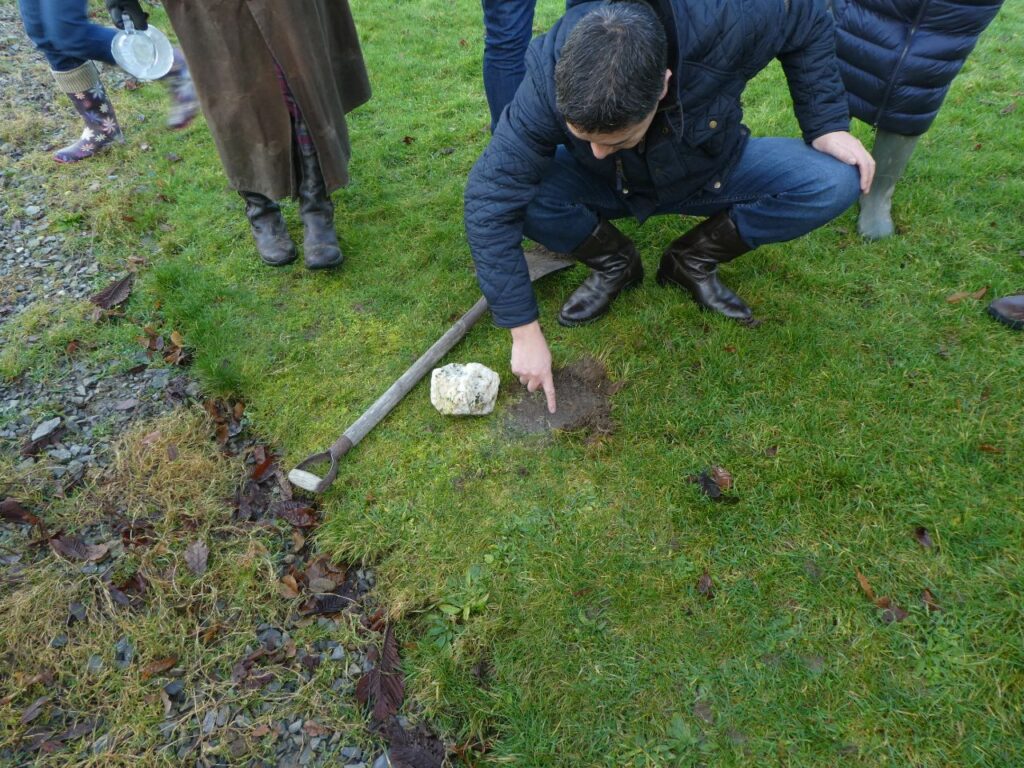