The lie of the Land

Not everyone may have been participating in the various on-line social media groups regarding the purchase and development of Drala Jong. For all those who have donated, may wish to donate, visit the centre, or simply be kept up to date with developments, this article is intended to give a general introduction to the place and our plans for it. 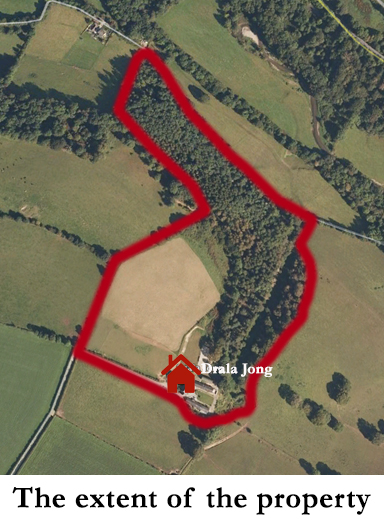 Drala Jong is set on the site of ancient Welsh drove ways, used to drive cattle and sheep to market. The farm’s name Pant-y-porthman translates as drover’s dip and it must have been a place for overnight shelter and watering for the animals.

The land is on the Northern edge of a plateau dividing the drainage basin of the river Teifi from that of the Tywi to the south. Although an upland plateau it is rolling countryside – largely pasture and some forestry. The plateau dips down gently at Drala Jong before a final steep slope down to the river Twelli, a tributary of the Teifi. The farm nestles in a dip at the top of this slope and is entirely hidden from all surrounding land until you are almost upon it.

Much of the site is mixed woodland. The area being about 6 hectares (approx. 15 acres). Some of it is classed as ‘ancient’ i.e. over 400 years old, and there are sections of conifer plantation from the 1940s, predominantly spruce and larch; these trees have reached a majestic height by now but have been partly cleared by previous owners in an attempt to allow native deciduous species to naturally re-establish. Our policy will probably be to continue the process of returning the woods to their natural state. 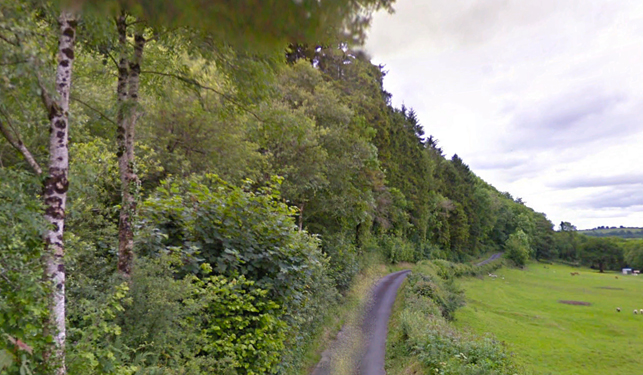 The woods are on a steep slope. Underfoot the ground is uneven and includes densely overgrown fallen trunks, and thus most of the area is fairly inaccessible except via a path along their upper edge and a gate down on the road where they meet the valley floor. We have had advice from forestry and woodland management experts on maintaining the woodland; like most of the country it is affected by Ash die-back disease and some felling of dangerous dead timber near the public boundary is our immediate priority. In the future we hope to improve access by creating or recovering overgrown paths. There is a clearing running NNW along a stream from just below the house to just above the lower road. This could be developed into a path to allow pedestrian access to the road and thence the nearby villages. 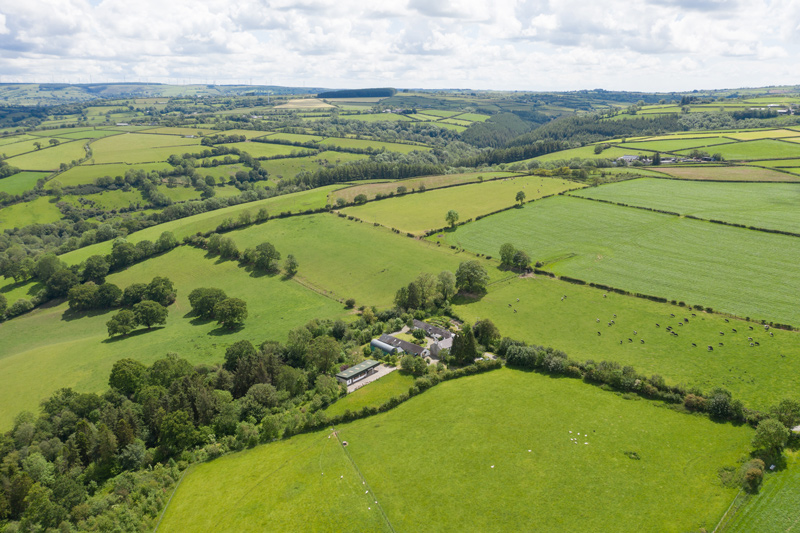 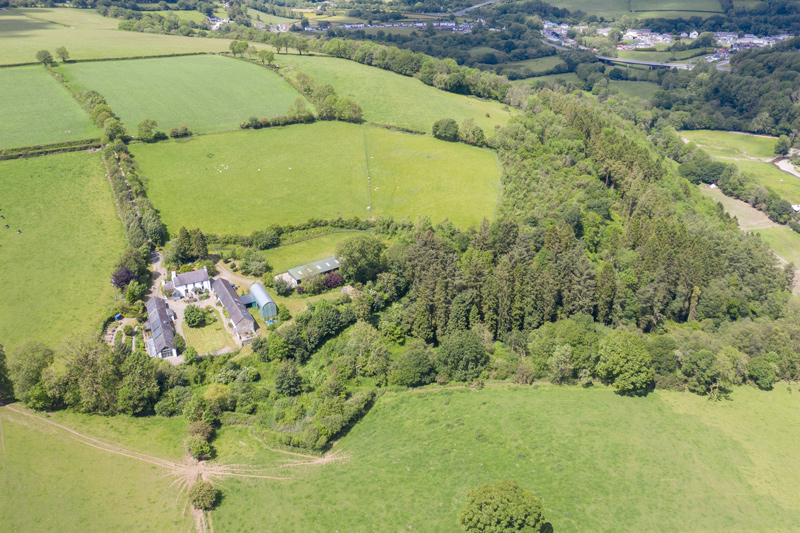 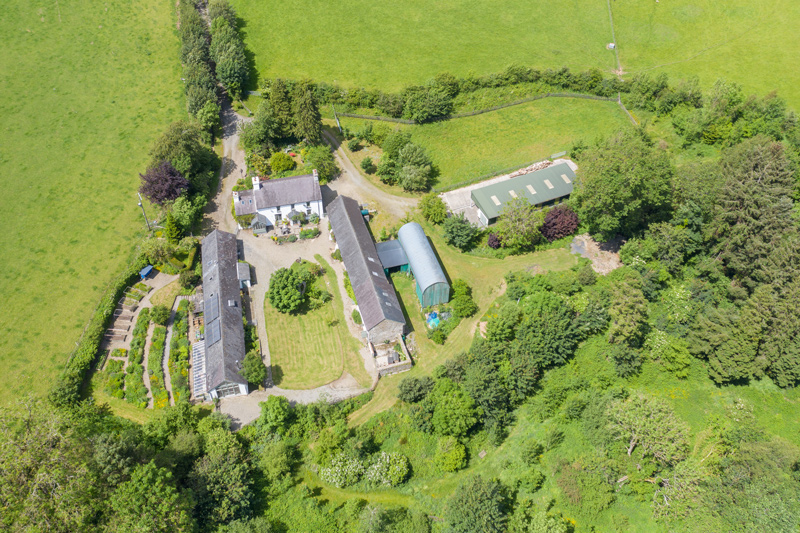