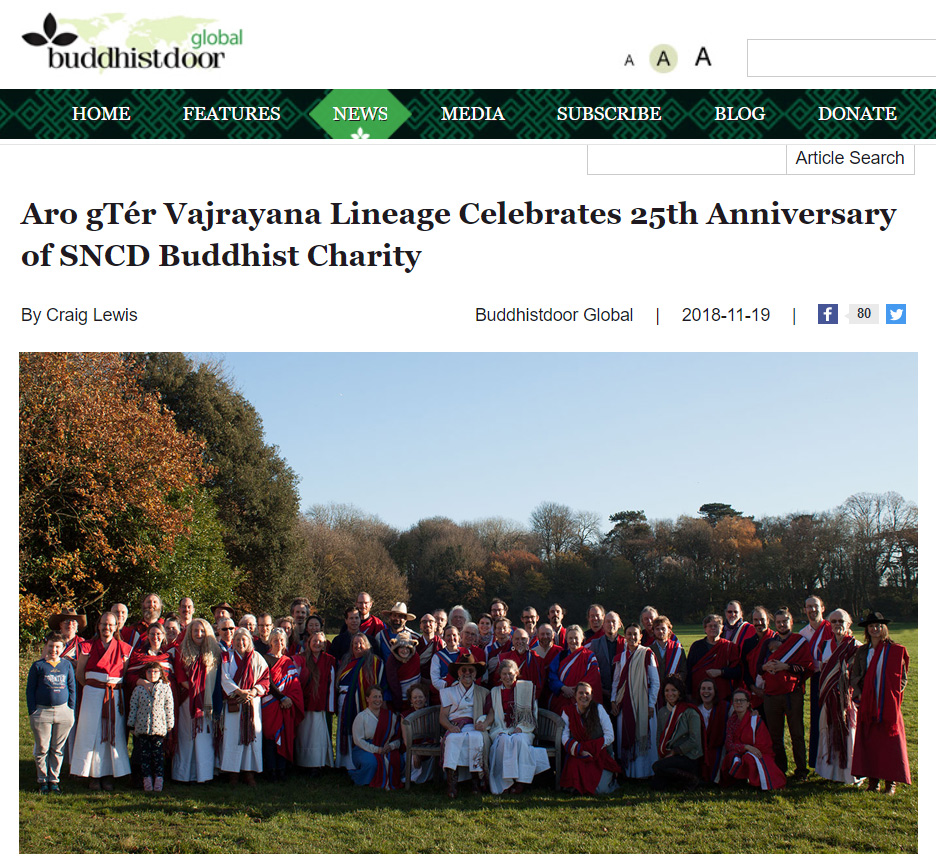 This weekend, Sang-ngak-chö-dzong, the charity that supports the work of the Aro gTér tradition in the UK was pleased to host its largest event to date. To celebrate a quarter of a century of the charity’s fruitful existence, the day was approached as a festival of Aro gTér Buddhism. After months of detailed planning and preparations which included dozens of sangha members, we opened the door of the beautiful Kings Weston House to welcome members of the public, official representatives of other Buddhist traditions as well friends and family from all over the UK, Europe and the USA.

The organisers were humbled by the reception of guests and the sense of occasion invoked. Talks, workshops and demonstrations were interspersed with lively coffee breaks and finished off with an evening of Regency dance and bountiful canapés. It felt very much like a rehearsal for Drala Jong – a place for practice and inspiration, as well of hospitality and cheer.

Among the invitees was Craig Lewis, a senior editor of the online magazine Buddhist Door who wrote an article about the event. Enjoy.