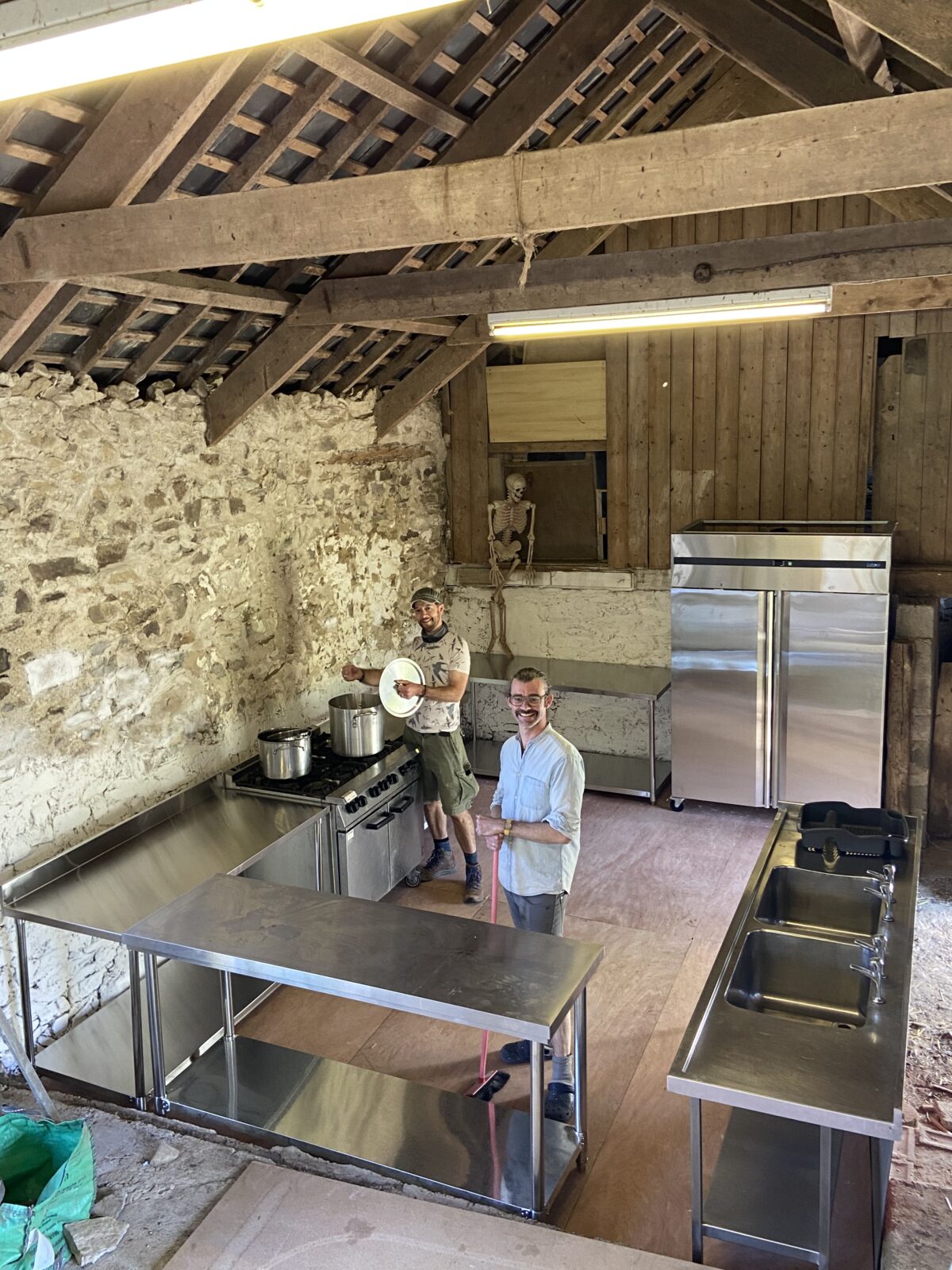 Whilst pandemic restrictions are currently getting less strict it is still too early to open Drala Jong for the public or to hold larger group retreats. However, it has become more likely that small UK based groups could visit in the near future and hence preparations have started how to cater for such groups. A large unconverted barn was made into a temporary Covid 19 appropriate (well ventilated) field kitchen and dining area. A floor was laid onto which kitchen furniture was installed, including a 180kg refrigerator. Naljorma Thrin-lé Chatral described the endeavour:

’The enormous refrigerator weighed 180kg and was moved down uneven steps, over adversely sloping stony ground and into place in the barn by the magnificent team of four. Amazing! The whole, huge transformation of a dusty stony barn to a well equipped kitchen was entirely incredible.’

Ngak’chang Rinpoche and Khandro Déchen, the lineage holders of the Aro gTér, strongly emphasize the connection between Vajrayana Buddhism and the Arts. In the European culture there is a tendency to particularly esteem music and the fine arts, whereas other art forms are less respected. This is not true in Vajrayana Buddhism, where all the different art forms are on a par, including craft work, sartorialism and the culinary arts. All of these will be strongly present at Drala Jong and there are specific plans in terms of the culinary art. In the future Drala Jong will be open for one evening every month as a restaurant and specialities from different parts of the world will be served. This will give the possibility for the public to experience how Vajrayana is integrated both with the Arts and with everyday life.